To view more patient reviews and ratings for Dr. Guzzo, please click below.

Dr. John Guzzo is a board-certified orthopedic surgeon specializing in sports medicine and general orthopedics. He joined Lakeshore Bone & Joint Institute in 2014, shortly after his service as an orthopedic surgeon in the United States Army. As an army major and collegiate athlete, Dr. Guzzo was drawn to the field of sports medicine out of the desire to help others perform and compete at high levels, though his experience in the military has made him well-rounded in orthopedics and provided him with the ability to treat a wide range of conditions and help eliminate pain, restore function, and provide patients with the ability to compete or work again.

Dr. Guzzo completed his undergraduate education at Washington & Jefferson College in Washington, Pennsylvania, before attending medical school at the University of Pittsburgh School of Medicine in Pittsburgh, Pennsylvania. Later, he completed his orthopedic surgery internship and residency training at the Madigan Army Medical Center in Tacoma, Washington, before serving as an orthopedic surgeon at Winn Army Community Hospital in Fort Stewart, Georgia.

When he is not seeing patients, Dr. Guzzo enjoys playing with his children. Outside of orthopedics, his interests include exercise, electronics, and technology.

Dr. Guzzo is available to see patients at our Crown Point and Schererville offices. 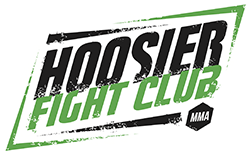 THE OFFICIAL TEAM PHYSICIANS OF